As long as I remember, I have been depressed. Or maybe it is my depression telling me so. I used to think that it would eventually go away but now I definitely don’t think so. Some would say it’s pessimistic or even why I can’t get better. I call it being realistic and conscious of my own limitations.

I used to look for reasons to be depressed and overtime, I learned that there will always be a reason. Even many, and all at the same time. After twenty-eight years of wondering and feeling guilty, I finally can say that I am chronically depressed and there is nothing I can do about it but accept it. Can I change that ? maybe or maybe not, but no one ever said I couldn’t have a life without ever getting better. In fact, many people say that, but I chose to think otherwise.

Maybe it is going to be a shitty life, a life others wouldn’t aspire to, but then again, let’s take it one day at a time and focus on the most important: staying alive.

I have always been afraid to die and I still am of course, but at least, I am not afraid to die the way I thought I would. In other words, I will not kill myself. I don’t want to.

Today, I know that no matter how bad it goes, I can never put an end to it myself. And if it ever happens, then I must have lost it totally, but then again, it would be nobody’s fault and surely not mine.

I don’t think many people could say the same. I’ve met a lot of them going through hard times, really hard ones. But as long as they kept saying « I’ve reached rock bottom », I knew that with some help and support, they were going to be okay at some point. How can I know that ? Simple. When you have been depressed for too long and you think you have reached rock bottom more than once, you end up realizing that there is NO bottom, there have never been one. There are only moments where you can lift your head high enough to catch a breath before drowning again and again.

That is how it feels like to be chronically depressed. There is no getting better. There are only ups and downs, all below the threshold of what you imagined happiness would be when you were a child. But then again, it’s okay, cause you’re alive and most importantly, you’re not a murderer. 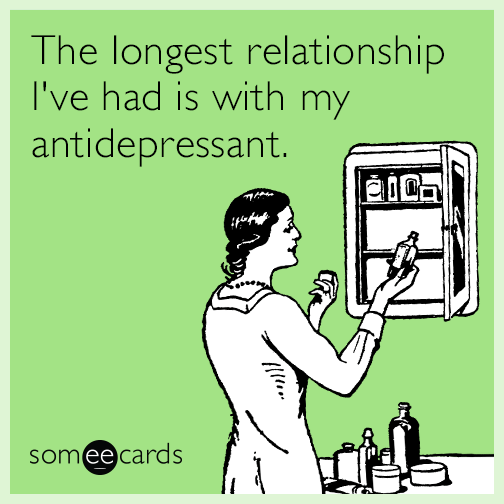 Don’t get me wrong, I often feel like I want to die. Like it would be easier if I just stopped existing. I feel like whatever I do, I would never find a way out, away from pain and despair. And I cry. Or not. I wish for my heart to stop, but not hard enough so that it could happen.

I’m done breaking my own heart or even trying to pick up the pieces. My heart doesn’t belong to me or to anyone else, it’s just something I borrowed all along and damaged more than once, but I’ll still have to give it back, damaged or not, and I want to be able to do that.

It’s not that there is a small voice inside my head that is telling me that I will be okay and that we never know what could happen cause there isn’t. I just want to be able to give back what I borrowed. Probably with a « Sorry I must have dropped it » note on it, but I want to be able to think: I did it!

When it finally happens. Sorry,  when it eventually happens, I want to know that I made it till the end, no matter how, no matter if it’s not in one piece, but I would have kept myself alive all along and it would be quite something!

I might not live an incredible life or even life at its fullest, but I will have lived, and considering all the times I didn’t want to, it will probably be my biggest win and the only thing I didn’t fail at.

I used to think that my biggest fear when thinking back about my life, would be to realize that I have lived an uninteresting life. That I didn’t live up to my expectations. But now, I would just be lucky enough to survive and maybe even be proud of it.

In other words, I might be depressed for a million reasons, but feeling guilty about the life I couldn’t have because of my depression will not be one of them. I will not mourn the days where I couldn’t shine and do my best cause I’m already doing my best. It is what kept me alive until now and I intend to keep doing so.

Some would say what a waste, others would want to save my soul and try and make my days better, but again, they don’t know how it feels like, and I would never want them to know.

I am a thirty one year old who suffers from chronic depression, or should I say, who LIVES with chronic depression and who made a promise to herself. I will never put myself in danger again, never. Cause myself is all I have and I’m not letting go of it.

« For my best friend, who does her best everyday to stay alive and who is doing it admirably. »